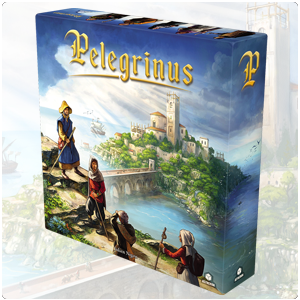 6th century… Benedict of Nursia has written his rule. He gives his precepts for monks in the the 73 chapters of the Rule of Saint Benedict. During the middle age, most of the religious communities will apply them. Time of christian monastic orders has come. They organize themselves and try to develop their influence through the Christian world.

In Pelegrinus, you lead one of these monastic orders and you take part of the spiritual conquest of Europe and the Near-East.

Build commanderies in every parts of the continent in order to establish your authority and then erect impressive abbeys in order to insure your power in the different regions. Do not neglect the Pope court’s intrigues since the support of Supreme Pontiff will often be precious. Last but not least, gather under your control the numerous relics and try to be at the center of the profitable pilgrim routes.
However, you are not alone. Other orders will scheme in order to overtake you on the paths to power.

You have a perfect overview of the games mechanisms in the video. If you want to know more about the game, you can read the English rules. 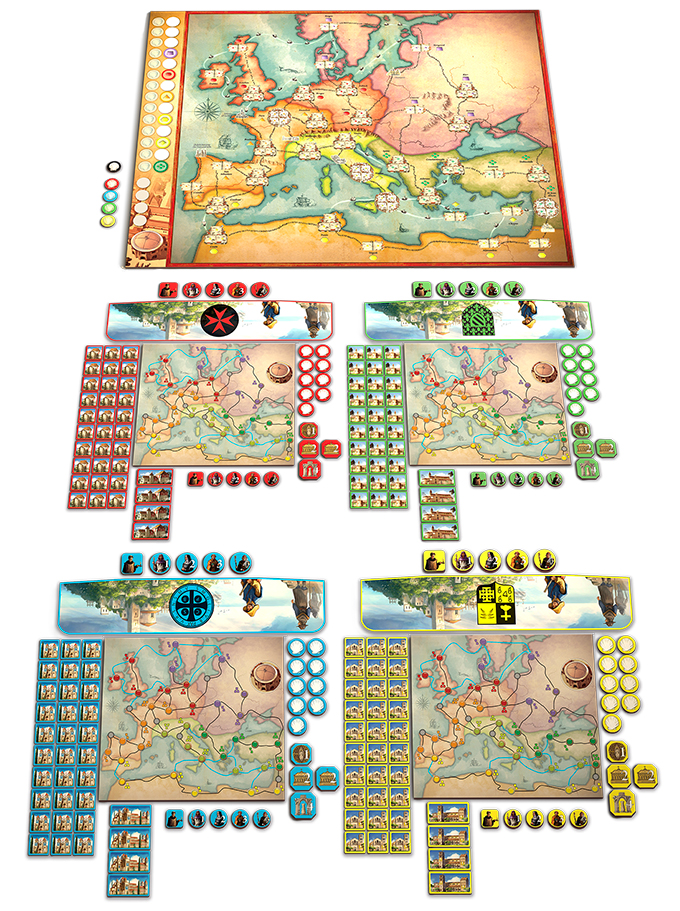